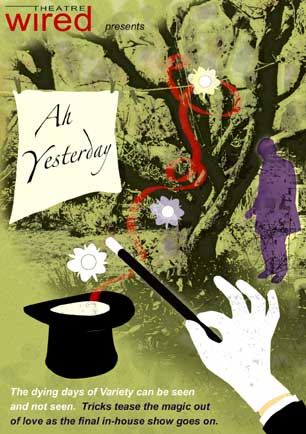 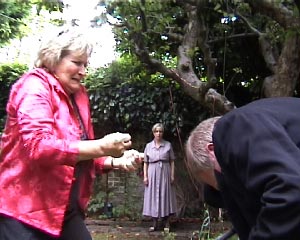 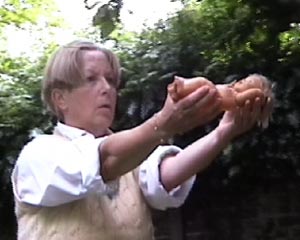 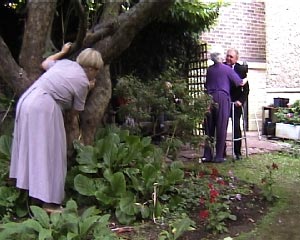 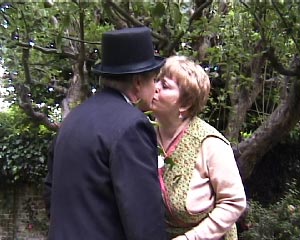 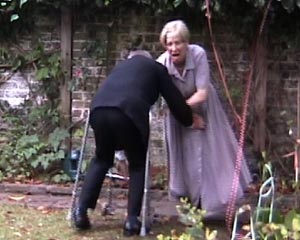 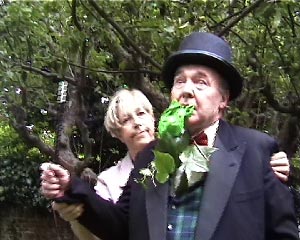 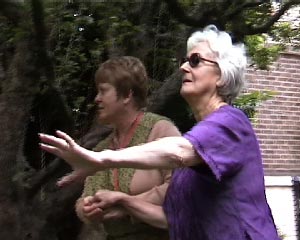 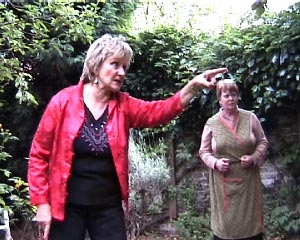 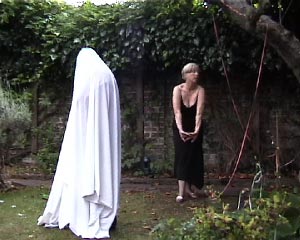 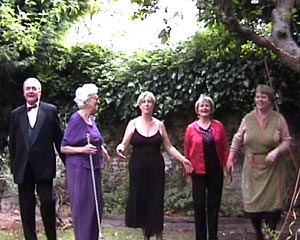 This was Wired Theatre’s third production to be set in the domestic environment of 12 Nizells Avenue, Hove. It was linked to the previous show “Get Up Those Stairs” by Vera, who lived in the house for over fifty years and Ruby, her loyal housekeeper.

The title – a quotation from Samuel Beckett’s Endgame – indicates nostalgia for bygone days, a yearning to recapture the happiness of remembered youth. But memory is fractured; the past and present merge into blurred images for the aged trio who appear to inhabit the house. So many secrets lurk in the shadows of their minds. So many questions remain unanswered. Who was the father of the twins? What caused the blinding accident? Where have all the rabbits gone? What have Ivan the Terrible and Winnie the Pooh got in common? The action moved from inside the house to the old walled garden situated at the back.

Wired Theatre Company continued its association with the Brighton Festival Fringe by putting on an intriguing performance in the garden of the private house in which last year it investigated strange events occurring in its private rooms. The old walled garden contained shrubbery which allowed an intermittent view and different angles of vision of the stage action for the deliberately restricted number (ten or eleven) of spectators placed at various strategic points around it. In the centre stood an aged twisted tree reminiscent of Beckett’s Waiting for Godot, but unlike Beckett’s tree, providing continual and attractive signs of life in the form and motion of nesting blue tits which flitted intermittently across the flowers in the central flower beds and contributed to, rather than distracted from, the performance.

Around the tree the five actor/characters, oblivious of their watchers, moved, dug and unearthed significant objects which the scattered audience needed to divine. I say needed because the mystery created by the various apparently disconnected episodes invited explanations in self-defence. Nobody likes to be left with a mystery said T.S. Eliot and the aim of this performance was to involve spectators in piecing together the heterogeneous scenes.

The title: Ah Yesterday, was a clear clue. The quote was made famous long ago by Madelaine Renaud as Nell in Beckett’s Endgame emerging from her dustbin, ecstatic, poignant and scarcely wishing to listen to her husband, Nagg’s, nostalgic reminiscences. An escape into the past can only be brief and the return to the present may well be painful for the old (and the characters in this play were, like Beckett’s, old).

The pain and the joy of life are both in this play. The central figure was a ham actor, or rather music hall comedian, with echoes of John Osborne’s Archie Rice and Beckett’s Hamm. Family pressures, shameful family secrets, the nature of a stage career on which whisky and sherry (but whisky for preference) has had a damaging effect, are played out in fractured episodes.

Old songs and old jokes vary in their effect upon mutually dependent characters who age and grow young, relive memories they may not want to relive, pose questions it is not easy to answer. why does one character go blind? Who fathered the twins? What is the answer to the unfinished joke? The characters perform and fail to perform, laugh and fail to laugh, finding like Beckett perhaps, the moment at which things cease any more to be funny.

This was in short a play about the process of play and it creatively involved spectators by inviting them to imagine unresolved possibilities and hidden explanations. The “absurdist” theatre is, of course, close but the tradition to which Ah Yesterday relates has ancestors, not only Beckett, Osborne (and, in the use of nostalgic song, Dennis Potter), but also Pirandello. Lope de Vega and Shakespeare.

Explanations, however, were more evident in the plays of these earlier suggested forerunners and meaning here lies in the transaction with the individual spectator (deliberately set apart from each other in the garden).

Some kind of general observation is nevertheless possible. Joy and pain mingle in memory. Memory you have the key, said T.S. Eliot, but it is often dangerous to turn the key in the lock, whether you shut the door or open it. Such thoughts informed this chilly May evening and Wired are to be congratulated on warming the spectators with this offering to their imaginations.