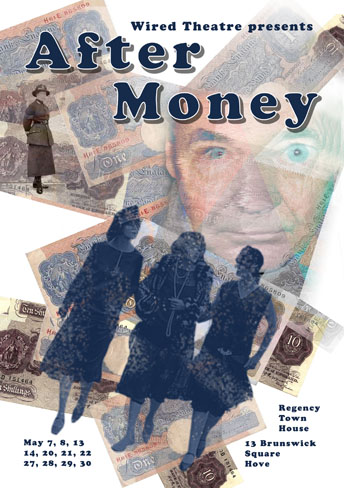 A solitary figure stares unblinkingly at the dusty walls. Strains of music come and go. Familiar faces appear and disappear. Where is he? What is happening?  He recognizes the dimly lit staircase and the shadowy figures – why are they watching him? Wasn’t he a member of parliament? Didn’t he write many important books and own a house in the country as well as a flat in London? He has a wife and child. He is a respectable man and yet his clothes are dishevelled and there seems to be a whirlpool in his head. He is following a woman. No a woman is following him….. one, two, three, four,…seven women! What a lucky chap he is!

WIRED THEATRE has drawn upon the lives of real people to create this darkly comic fiction; set between 1903 and 1944, a period when war and financial depression overshadowed a generation.